Poet and veteran Maurice Decaul is partnered up with musicians Vijay Iyer and Mike Ladd for their new album, Holding It Down, which received four (of four) stars in the LA Times last week. Critic Chris Barton writes,

“An exposed nerve on the edge of madness, ‘Shush’ may be one of the most haunting songs of the year. With Decaul repeating, like a mantra, ‘I’ve been talking in my sleep again,’ he conjures muzzle flashes, burning diesel and ‘sandbag eyes, large like dish plates, scared.’ As Iyer’s flickering piano hurtles behind him, Decaul builds to a matter-of-fact admission so raw it burns: ‘I prayed to die in Iraq.'”

Barton writes on the possibilities of music and the album’s combination of jazz, hip-hop, and oral history:

“At their best, hip-hop and jazz remain most adept at breaking the mold, and the footprints of both genres can be heard on Vijay Iyer’s and Mike Ladd’s inspiring new album. An ambitious collaboration between one of the most celebrated jazz pianists today in Iyer and poet-MC Ladd, who has worked with a host of underground rap acts including El-P’s Company Flow and Saul Williams, ‘Holding It Down’ is the duo’s third in a series of unclassifiable blends of music, theater and spoken word that paint a vivid oral history of post-9/11 America.”

What’s your story? What’s your dream?
You can also hear Maurice Decaul read his haunting poem, “Shush” online at The Daily Beast.
__________
REGISTRATION open for Voices from War’s Writing Workshop for Veterans – Fall 2013.
Come work on your story in a supportive community of fellow vets.
__________ 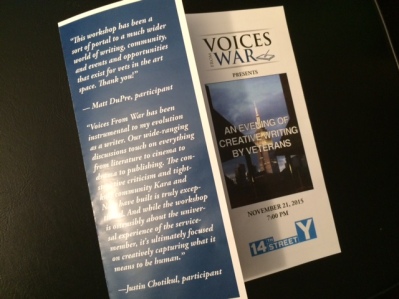 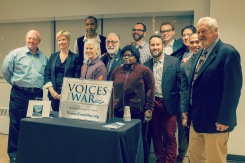 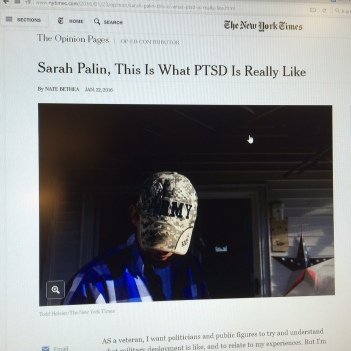